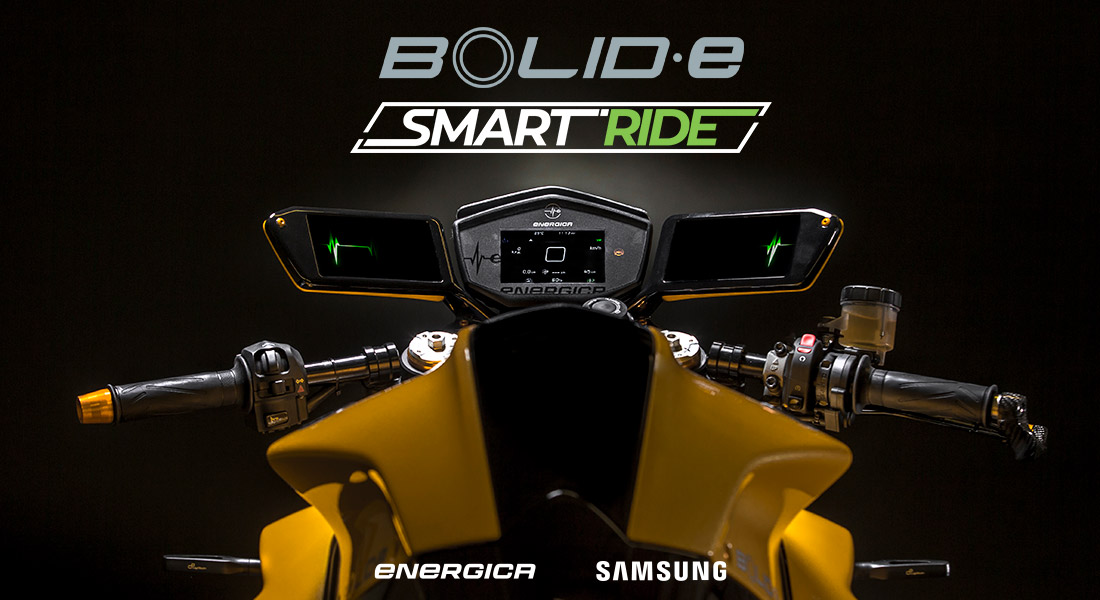 Italian electric performance motorcycle firm Energica is riding high ever since it clinched the deal to supply race bikes to FIM Moto E. At the Milan motorcycle show in November, the company also showcased another project it is working on. 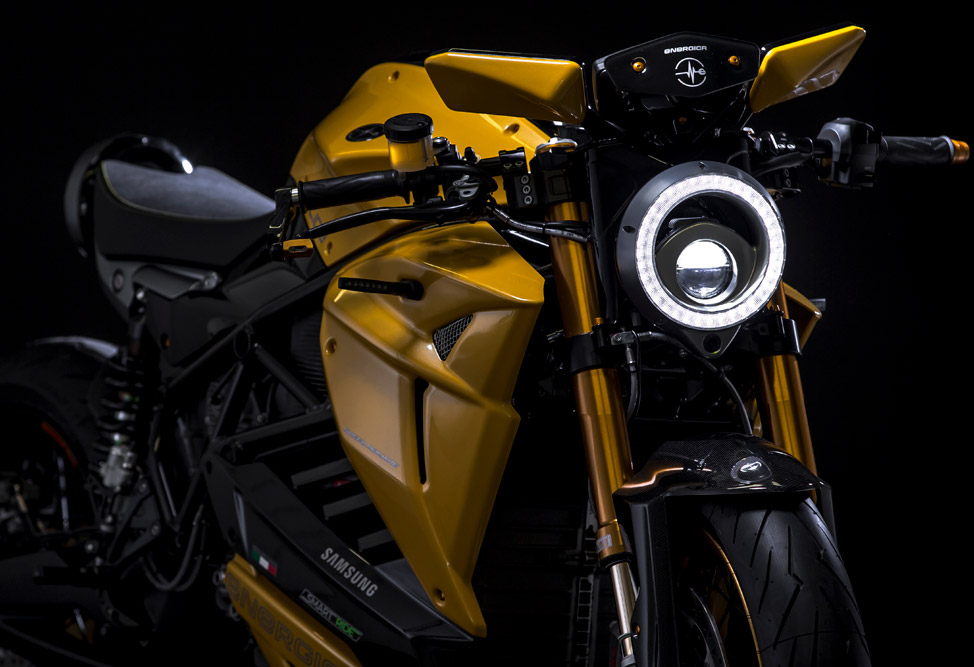 Who is behind the Smart Bike?

The Energica Bolid-E is the fruit of the collaboration of Energica and South Korean smartphone giant Samsung. The project is known as Smart Ride and development is underway. The Bolid-E concept is being used as a platform to demonstrate a number of new technologies Energica co-developed with Samsung.

The amount of technology loaded on the Bolid-E is sure to attract a lot of prospective buyers for the unique way it is presented and used. For starters, the concept featured smartphone integration. Oh no, not the plain old pairing your phone with the bike. The Bolid-E gets two Samsung Galaxy smartphones instead of conventional mirrors.

Energica has integrated cameras into the front and rear of the bike. They capture live feed in their field of view and transmit the feed to the smartphones. In addition to showing a live rear view like a standard mirror, the dual displays also work like head-up displays. They can  analyze and highlight obstacles and threats in the rider’s path using the front camera.

The mirrors also double up as dash cams or action cams from where the rider can relive exciting moments on the racetrack. 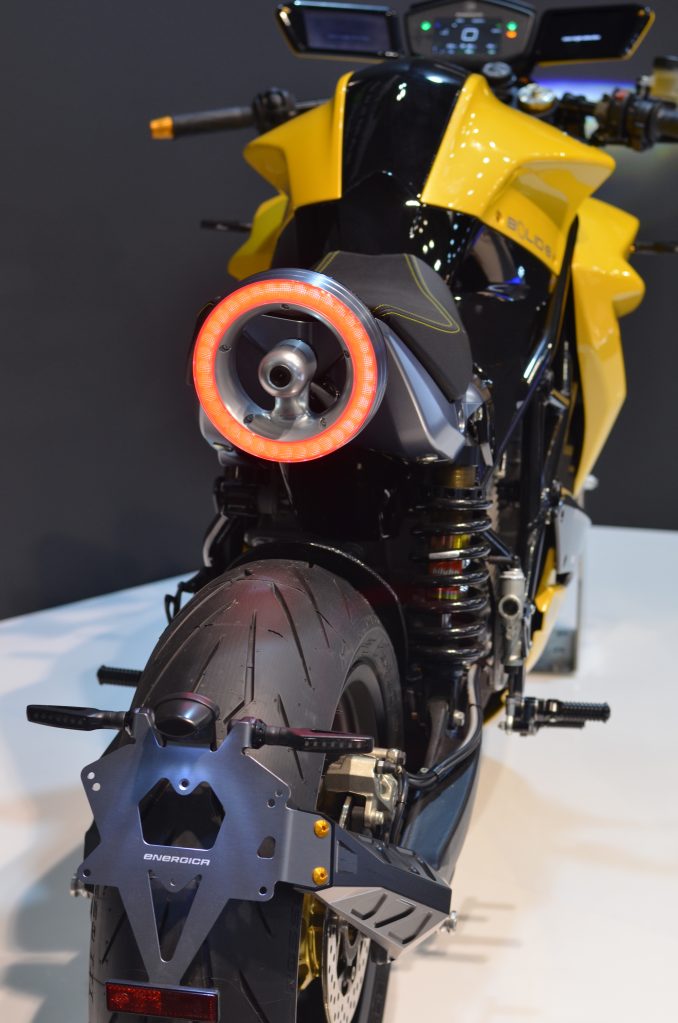 Does It Have A Party Trick?

Samsung and Energica have also incorporated Bluetooth and NFC connectivity between the Bolid-E electric bike and Samsung’s new Galaxy watch. The bike has been designed to use the watch as a smart unlocking device. The owner can unlock his Bolid-E using the Galaxy smart watch. If that is not all, he can also grant other people permission to unlock the bike, provided they also have a smart watch.

Francesco Cordani, Head of Marcom at Samsung Electronics Italia, spoke about the project: “At Samsung, we are aware that innovation can play a key role because it enables revolutionary projects with direct impact on everyday life. This is exactly the reason why we are committed to continue exploring new sectors, where ideas can be transformed into real projects, thanks to technology. With the objective of developing a solution of great importance and quality, we wanted to work with a valued brand in the world of two wheels like Energica which, thanks to its experience and innovative approach, represents a partner of excellence to start out on this journey with the creation of the Smart Ride project.” 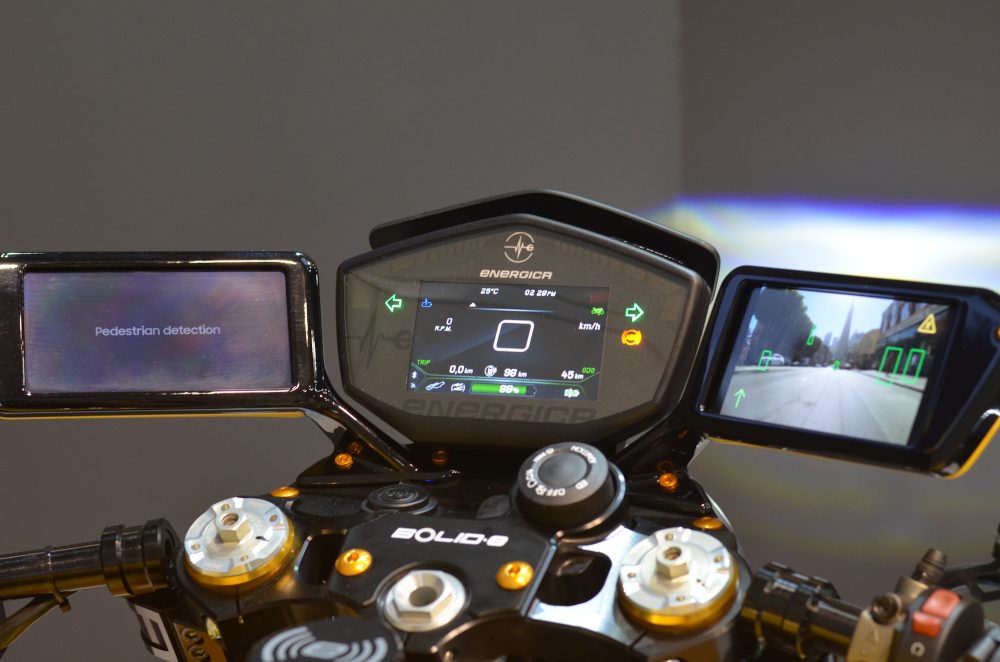 The Energica Bolid-E is based on the Eva EsseEsse9. It was developed in close collaboration with Samsung Electronics Italia. The two firms are hoping to demonstrate what an electric motorcycle of the future could be capable of, and how it could meld seamlessly with mobile technology.

Energica CEO Livia Cevolini says, “We are proud to be at the side of a global leader like Samsung in the Smart Ride project. Our corporate idea is firmly rooted in the well-known Italian Motor Valley: engines and innovation have always been in our DNA. Over the past few years, we have interpreted the market’s need by anticipating products and solutions that are unique in the world. We have gone beyond the status quo offered by current technology, creating a new know-how. By creating innovation. I hope that the Energica and Samsung visions connected in this new Smart Ride project can be an inspiration for electric mobility in Italy and beyond its borders.”

The day is not far when motorcycles like the Energica Bolid-E will dominate the streets of the world with their appealing proposition of using a mobile for its operation. Smartphones might not be that bad after all, don’t you think?